Helen Prior is our Group Operations Manager here at Kangaroo Self Storage and she has been with us since April 2010.  She started as a part-time Store Assistant in the Bromborough store during her university years whilst she was studying for her History degree and then her Master’s in Museum Studies.  However, she caught the ‘self-storage’ bug and never left.  What was always meant to be a part-time job became a full-time career.  Helen has worked her way up the business in a range of Operational roles under the Smart Storage brand.  When the company merged with Kangaroo Self Storage in March 2018 she was promoted to her current role. She has worked in all the North West stores over the years and knows the stores better than anyone!  Helen is married to Dan and they have 2 year old Rory.

On top of her day job at Kangaroo, Helen is leading the fundraising charge for the charity Maggie’s.  We are all raising money for the local centre in Wirral.

Maggie’s is a charity that provides free support and information to anyone in the UK that has been affected by cancer in their lives, either themselves or people close to them. Maggie’s operate online and in centres across the UK, they have ‘support specialists, Psychologists and Benefits Advisors to help if you or someone you care about has cancer’.

So far Helen has taken part in a walk-up Snowdon in Wales with her husband Dan, and his practice team at Dant-Y-Coed Dental Practice. They raised a huge £2780, completely outstripping their 1K target and they are not stopping there!

Coming up on the 3rd of July, we’re taking part in the Chester Raft Race to raise more money for Maggie’s. Our maintenance team, led by Lee, is overseeing the raft build and we cannot wait to see what he comes up with.

Why are we raising funds for Maggie’s? Well, aside from the fact that they’re an amazing charity that do outstanding work, Helen has a more personal reason.

In December of 2021, after suffering from severe abdominal pain, Helen took herself to A&E. After a whirlwind of CT scans and medications, an unidentified mass in her abdomen was discovered. Helen of course consented to any surgery necessary to make her better and get her back on her feet working, spending time with her young family and their little kitten!

Unfortunately, surgery uncovered a more complicated situation than expected by Helen and the doctors. Helen had a tumour from her appendix across to her uterus. It is a rare form of mucinous cancer that secretes a cancerous substance into the abdomen cavity. After removing Helen’s tumour, uterus and appendix, the doctors were initially hopeful that although rare, the specialist oncologists would be able to remove the remaining cancer.

Heartbreakingly, on the 14th of February (Valentine’s Day) 2022, Helen was given the news that her cancer was too far advanced for treatment to have a long-lasting effect.  Due to the rarity of Helen’s cancer, the oncology team cannot predict how it will respond to chemotherapy and therefore Helen’s prognosis is unclear.  It is terminal and she could have a year; or she could have six years.

However, Helen has just finished her first round of chemotherapy and CT scans delivered some good news, her cancer has responded well to treatment and has begun to shrink – something no-one was expecting.  Helen said;  “I’m now starting another 12 week round of chemotherapy with a more aggressive dose to see if we can get even more shrinkage.  The hope being that more shrinkage = more time.  The next round might make me more poorly as it’s a higher dose, but hopefully it will be worth it!” 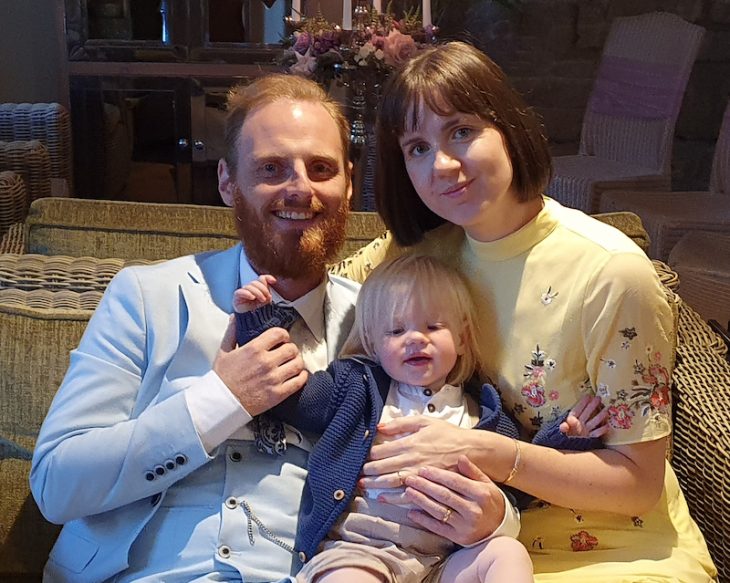 Helen has taken advantage of the support that Maggie’s offers.  She first attended her local Maggie’s centre in Wirral after her initial diagnosis and originally began attending just for the relaxation classes as during her initial hospital stays, Helen suffered from some panic attacks and wanted to be able to control her emotions better, particularly because COVID meant most of her appointments had to be conducted alone.  Maggie’s relaxation classes ‘have become a great tool to help me remain calm in my everyday life,’ says Helen.

Helen also speaks about how the Maggie’s classes have introduced her to a ‘wonderful group of people who are either living with, receiving treatment for or recovering from cancer. Everyone has their own experience, and they vary wildly and having a safe space to sit and talk with them after classes with a brew and a biscuit has helped me to feel less alone.’

Maggie’s Wirral has already helped Helen in many ways, and she wants to return the favour and we as friends and colleagues want to help in any way we can – so we’ll be supporting the Wirral centre as our company charity.  We invite you to join the fundraising efforts we’ll be organising throughout the coming months and years.  And, of course – you can take part too!  The Chester Raft Race is our first fundraiser.

If you would like to come and support us at the Chester Raft Race, then please do.  Everybody is welcome, bring your friends and family too!

The Chester Raft Race will be held on Sunday July 3rd, 2022, at 11am, on the River Dee in Chester – The Groves, Chester, CH3.  The theme is 100 years of British Television. We are going for a Father Ted theme and our raft will be named Holy Cow!  Follow us on our social platforms for more information and developments.

Of course, any donations are hugely appreciated so that we can help Helen knock this fundraising out the park!

Visit our Just Giving page or use the QR Code below to donate. 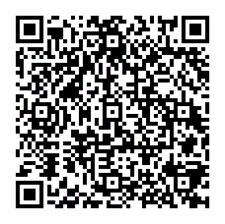 Everything We Know from the Self Storage Association Annual Report 2022

Meet Helen, Helen Prior is our Group Operations Manager here at Kangaroo…